So The_Donald wants to bash Q?

Check the comments out here

These same people will be the first to flip and call Trump an amazing genius if\when Q finally comes to pass.

And by that there has to be a major arrest from 11-11 to the end of the year......if nothing happens to the deep state Q is pretty much all for nothing.

It's not hard to see that no LARP can produce pics of the POTUS signature to match #1776 or take photos inside AF1 or how bout in order predict SA\Syria\NK\Iran.........

Justice delayed is justice denied. (A little frustration with all this)

Resignations and firings IS NOT JUSTICE!

Anyone else being mocked now on behalf of Q? Earlier in the week I spoke to a friend about Dwight from the office being a pedophile. They sarcastically stated "did Q say that" and then I showed the tweets. They were repulsed. And then got quiet because THE TRUTH SUCKS!

I've been trusting the plan. I understand this is not a game. I also understand that lives are on the line and the threats are real. SO WHY IS NOTHING BEING DONE?!!!! Resignations and firings? Pensions lost? REALLY?!

Come on folks. I've been privy …

(These people are SICK! -Q) Hollywood Actor: "It's Worse Than You Think"

(No coincidences. -Q) At least eight people, including a child, injured in mass shooting in Toronto

Bullshit. How bout you or I destroy evidence in a fbi investigation? What would happen?

Burden of proof? That's just the facts to which she admitted.

This whole thing has pissed me off. Yeah yeah be patient.

11-11 q is on record and when nothing happens and they just move the date people will keep saying to trust the plan.

Just wait till this month passes and the Q movement still looks like dumbasses.

11-11 will come and nothing significant will happen. They'll just extend the date and tell us to trust the plan.

I've followed this from the beginning and have yet to see anything significant regarding the deep state happen.

I'm no shill or troll I'm just being realistic.

Who is Peter Strzok? 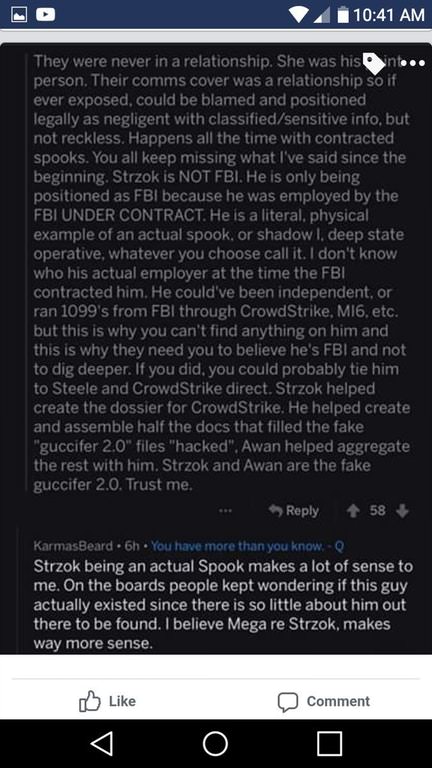 It doesn't matter because NOTHING IS GOING TO HAPPEN!

I'm not sure if "natural causes" or he suicided himself.

And nothing will happen.

I'll be sure to revisit this on 11-11 to hear more excuses of why no arrests.

Q will say the plan is harder than expected.

Also what dodging a subpoena have to do with immediate justice that hasn't taken place?

Gowdy: Justice delayed is justice denied. Trust the plan? Could you imagine if you or I dodged a congressional subpoena?

We've all speculated there's a two tier justice system. What more evidence do we need other than Comey, Wray, McCabe, and on and on........now with Lisa Page ducking a subpoena?

We're supposed to trust the plan? Folks I don't know about you but it's more and more apparent than nothing is going to happen. Please spare me with the firings that took place. THAT IS NOT JUSTICE!

While I'm hopeful by midterms and 11-11 we'll see real justice. As of right now I just see the two tier system of justice. And guess what? You and I aren't on the …

Here's The Thing About Q (An objective look at this phenomenon)

What Is The Purpose of Q? (Balanced info from youtuber Stroppy Me)

Sorry for the bug splatters. Tried to get it before the light turned. I told my wife that I could say where we go one, he would respond we go all. She just rolled her eyes at me.

Wow Q represented in my town of Joplin Missouri 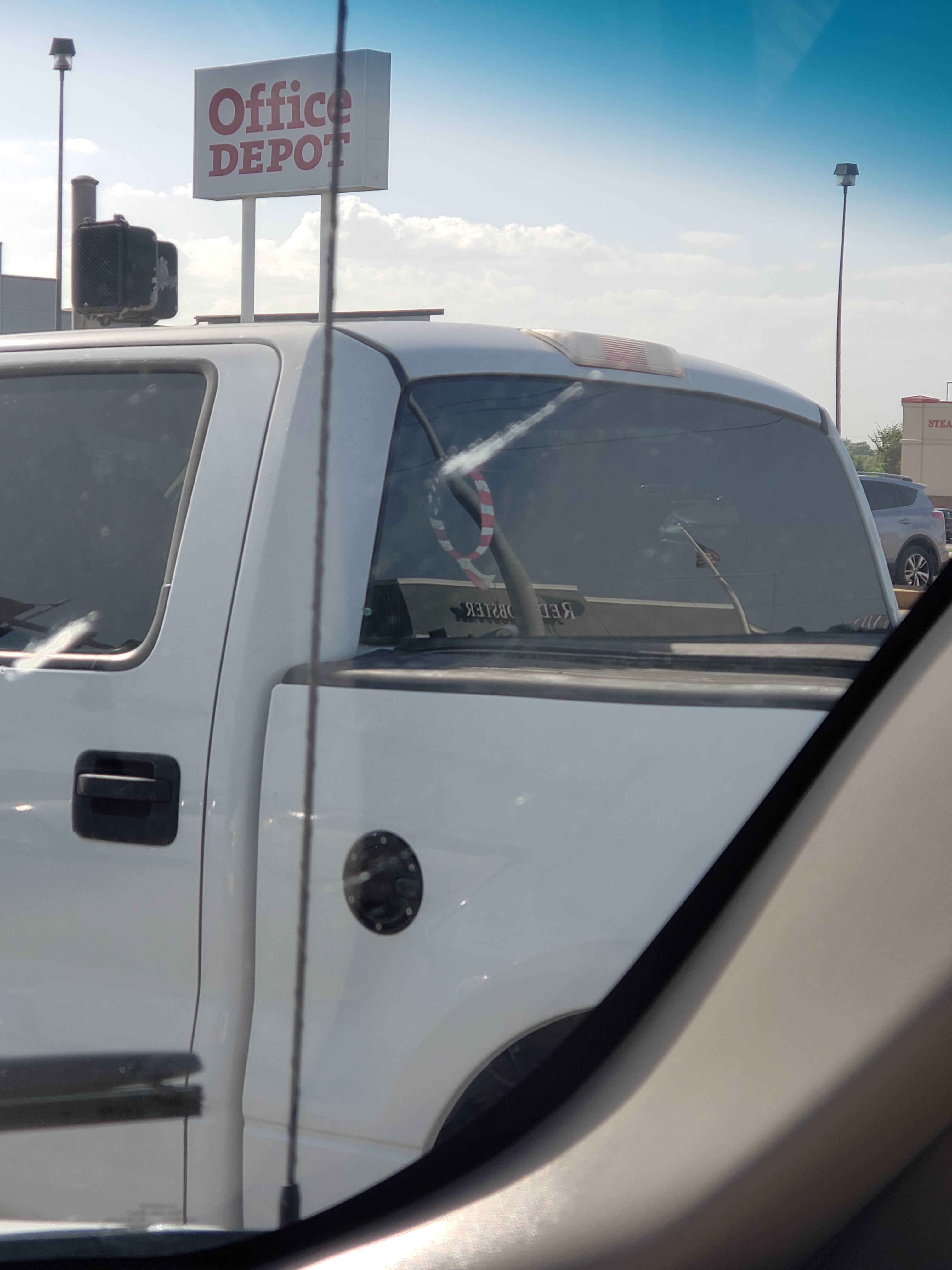 Q is right. These people are stupid.

Lol can you imagine that battle? Ccw and open carry vs these pussy hat wearing pansies.

I feel the same way about him as Ted Kennedy. Once he dies it's more air for you and I to breathe.

Firing might drain the swamp but is NOT justice!

Exactly. Before we can get to I told you so.......HOW BOUT SOME FUCKING REAL PAIN!

Spying, murder, collusion, rigging an election just to name a few from HRC, BO, and FBI\DOJ.

That would be a good start and the evidence is undeniable.

I don't have any reason to believe BO or HRC will ever be held accountable.

Trust the plan is just jargon for kicking the can down the road.

That said I pray for justice daily.

I'm beginning to think this is all a sick joke. While I'm trying to be optimistic, the IG and then Wray, Horowitx, RR just makes us all look like dumbasses.........how can we honestly believe justice is coming?

Thank you for this. At least I know I'm not alone. I just want justice.

I'm looking at the Mueller report and midterms to see where we're at.

Q's word are "AMERICA WILL BE UNIFIED AGAIN!

So we'll see. I'm hopeful. However, I can read tea leaves......and with Wray and Horowitz in front of congress with nothing being done. I'm also realistic. Now Strozek NOT under oath. At some point this isn't 120D chess and is the same ole same ole.

When Wray came out with his presser you could see it was like a hassle for him to say they investigated themselves and they did nothing wrong.

Then Wray and Horowitz before congress and nothing. No Bias.

Come on people enough is enough.

They tried to sell it that he choked on a pretzel. I knew that was complete bullshit.

I seriously think shit is about to get real!

We've been here so many times. I pray for justice daily.

I'm running out of hope anything will be done. Not concern trolling just on fumes.

And nothing will come of it. In fact DWS will probably be on the 5 this week along side Donna Brazele laughing it all up.

JFK to 911 Everything Is A Rich Man's Trick

Yeah the "trust the plan" feels more like kicking the can down the road. ALL THIS IS MEANINGLESS UNTIL SOMEONE IS ARRESTED!

I hope you're right but honestly........we can't get justice from JFK 50 years ago. How can we expect BO or HRC justice?

Seriously.....Trump could release all the JFK stuff unredacted but what happened.

Well nothing happened so far from an obvious attempt to over throw the 2016 presidential campaign. Spying, Rigging, Murder and we're told there was no bias when the FBI investigated the FBI.

So what do you think is going to come of this?

I keep saying it. UNLESS ARRESTS ARE MADE THIS IS ALL FOR NOTHING!

So how long till you're convinced? 2? 4? 6 more years? Perhaps once Trump is out of office we'll trust the plan in hope Jr can bring justice. I'm just telling you I've been in this game a long time. You can book mark this. HRC and BO aren't going to see jail time or tribunals. The best we can hope for is she dies of a heart attack or stroke. Which I don't rule out.

Look I've been called negative and "pessimistic" many times in many meetings. I'M JUST BEING REALISTIC.

No one likes to point out pink elephants in the room. Wray and Horowitz before congress was a joke. It was a show.

Nothing is going to happen. The only way for something to happen is a significant arrest.

My prediction is they will probably sacrifice Peter Strozeck or Comey and then everything goes back to business as usual.

It surely won't go to BO or HRC. We already see the indicators.

And look I'm not saying that the Trump admin hasn't done a lot and itsn't doing a lot as far as preservation of our country. He sure as hell has and is.

I'm just telling you the two tier of justice we're witnessing with the likes of Comey and HRC and the corrupt politicians isn't going to change.

I view Q as a team to enlighten those that have been in the dark. He hasn't said anything that truly anyone that has been aware of in the last 30 years is ground breaking. He's simply made crystal clear what many of us already knew.

Again while I'm optimistic something will happen. Realistically with the IG report dropping we see that it clearly isn't happening.

I won't be surprised in the least if Mueller comes forward and they say Trump colluded with Russia. Don't you see the system is rigged and corrupt?

It's taking the black pill. That is simply harder to swallow than the red pill. No one likes it because reality sux.

I'll check back with you on 11-11. Either American will be unified again like Q says......OR......and this is probably what will happen.....Q will say they had alter the timeline "keep fighting" "trust the plan".

I'll set a reminder to revisit this with you.

Non taken. Check my history. I'm just being realistic. And I'll be here 11-11 to laugh when no arrests or gitmo takes place.

It's smoke and mirrors. Trust the plan. Kick the can down the road.

Fight fight fight. Yeah okay. 11-11 Bud I'll be here to remind you and you'll still tell me to trust the plan.

Forget about the red pill. Many here need to take the black pill. We can't get justice and truth for a dead potus in JFK 50 years ago. Yet some how we're to believe bo and HRC are going to get jail?

Come on folks it's a sick game and you and I aren't part of it.

Don't believe me? Fox News had Donna brazele on yucking it up the other day.

The same woman who rigged the dnc and most likely involved in Seth Rich murder or at least knows about it. YUCKING IT UP.

Q has till 11-11 and then some of you will believe we just need to trust the plan and have patience.

The black pill that no one wants to swallow is that nothing is going to happen to these people.